Hi everyone! Today I have Xavier Neal on my blog with her latest release, Vintage, an Adrenaline series novel!

Think you can handle this street racer on and off road?

One-click today to find out! 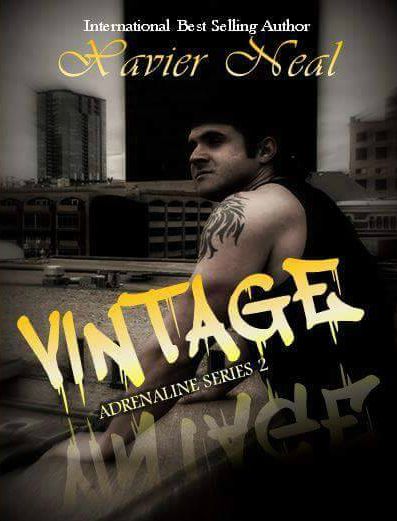 Here's what it's about:


When career criminal, Merrick McCoy and the commissioner's daughter, Jovi Carter, met neither expected to find the only thing in life they had been missing. However a classic love story takes a sharp turn when choices have to be made and sides chosen. Will these two forbidden lovers find a future or will their love story just become vintage?

*Warning: This is the second in the series* 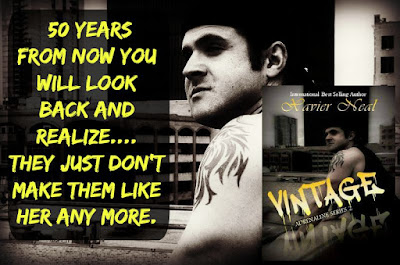 Rub Me the Right Way 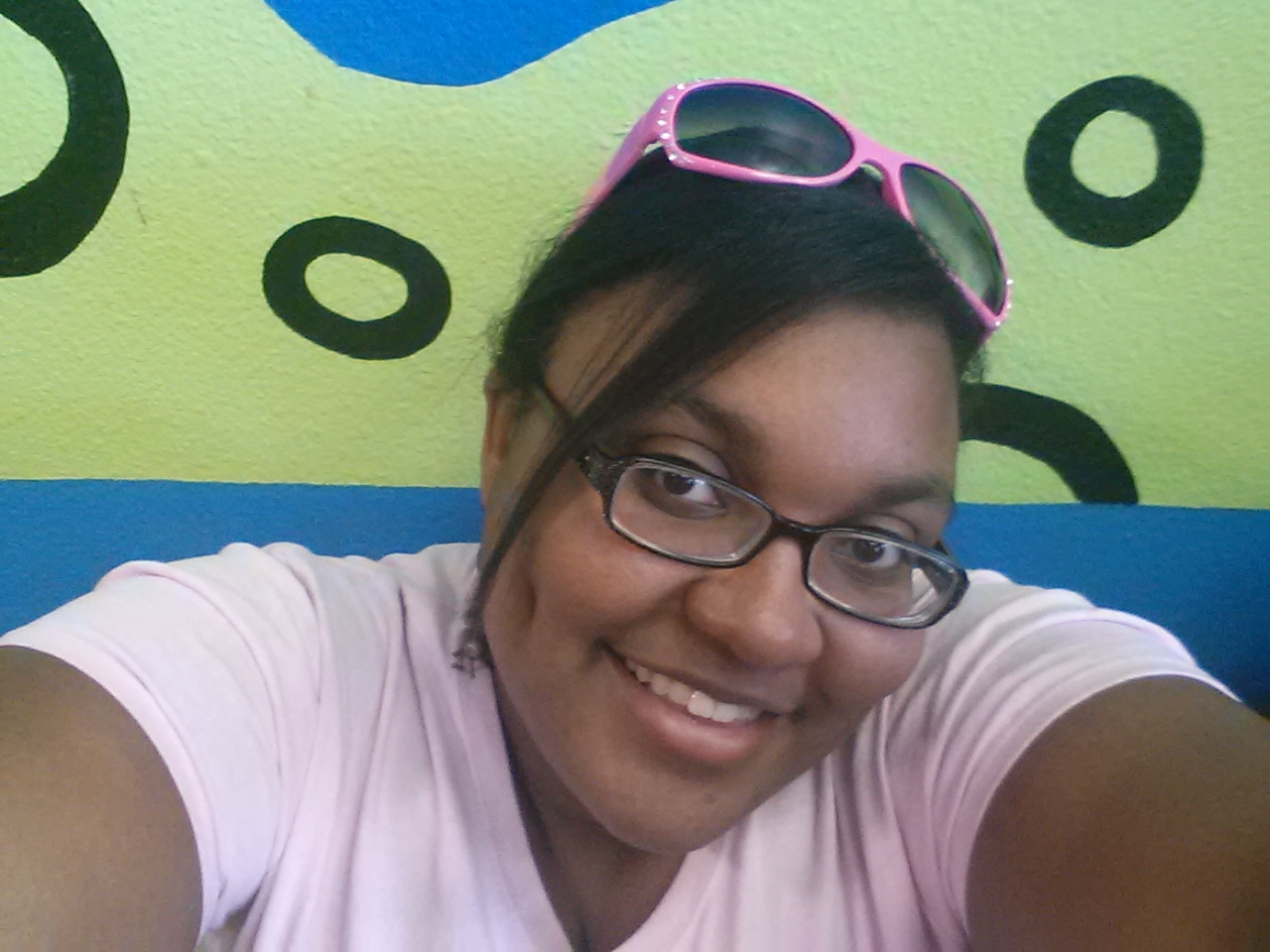 Posted by Dana Delamar at 5:00 AM No comments:

Hi everybody! Today I've got Sabrina York on my blog to tell us about her new time-travel Scottish Highlander romance, Laird of Her Heart! 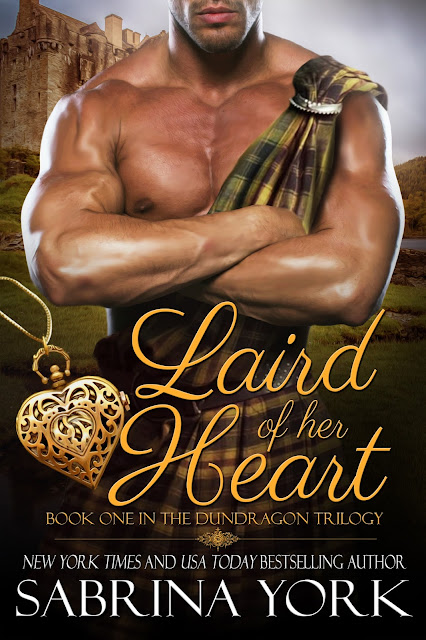 Laird of Her Heart: Book One in the Dundragon Trilogy by Sabrina York

When Maggie Spencer is mysteriously transported to the Scotland of her ancestors, she is stunned to come face to face with him. Dominic Dundragon, the man she’s been half in love with her whole life. A man who’s been dead for 700 years.

They both have enemies aplenty. Will she have a chance to win his love, or will this adventure end in disaster?

Maggie yelped as, without warning, the burly warrior named Declan whipped her up into his arms and tossed her over his shoulder. To her horror, she lost the hold on her locket.

“Wait,” she cried. She wriggled to get free, but his grip was too hard. When she pummeled his back with her fists as he strode from the circle of stones, he chuckled. The beast. But to be fair, he was so large, it would have felt like a kitten batting him. “Put me down.”

“I willna,” he said. “The Mackintosh will decide how you die.”

All right. That shut her up. For a minute. “Die? Why do I need to die?” What the hell had she done to him?

The man following, an enormous blond with a scar tracking his cheek bent down to peer at her. “The Mackintosh’s doona tolerate spies.”

“I’m not a spy.” Seriously. She wriggled more and Declan smacked her ass.

She’d kill him when she got free. Just kill him.

“Yer wearing the Cameron colors,” the blond said. “And the Mackintosh’s doona—”

“Right. I know. The Mackintosh’s doona tolerate spies.” Her head was starting to spin from being upside down and jounced around with each step. Her temper was on a short leash. “But honestly, if I were a spy, would I wear the Cameron colors? It seems a little counterproductive in my opinion. I mean, if I’m spying and all. I might as wear a sign that says, oh, I dunno, honk if you love spies.”

His brow rumpled but he didn’t respond. At least, not to her. “She speaks strangely,” he complained to Declan.

Her captor snorted a laugh. “She dresses strangely too.”

“Aye. She does at that. I’ve heard the Cameron lasses are a wild lot, but I had no idea—”

“I’m. Not. A. Cameron.” She reached out and smacked the blond, but only because he came close enough. He reared back and gaped at her—as though he’d never been smacked before—and then he quickly moved out of range.

It hardly mattered, because, apparently, they had reached their destination, a camp on the edge of the woods. The sounds of nickering horses and clanks of pots gave her her first clue—she was facing the other way, after all.

Her second clue was that Declan dropped her on the ground. She landed with an oof. She glared at him. He didn’t seem to mind in the slightest. “Go get my brother, Ewan,” he barked, and the blond trotted off to one of the larger tents.

When she stood and brushed off her jeans, Declan bristled and she shot him a sardonic glare. Did he think she was stupid enough to run away? For one thing, these enormous men had her surrounded. For another, she never ran. Not if she could help it.

Instead, she made a quick survey of her surroundings. The camp was little more than a huddle of tents with the forest on one side and a sweeping plain on the other. A small herd of horses were hobbled to one side and a deer roasted over a pit fire. An entire deer. Before she could silence the thought—she often had that problem—she said, “You killed Bambi.”

Declan’s brow rumpled. “I dinna kill anyone.” And then he asked, “Who is Bambi?”

“Never mind.” She crossed her arms and turned away pretending to ignore them. But she wasn’t. She was aware they were all staring at her like she was a curiosity in a zoo, but she was taking in tiny details as well. Like the fact that their clothes were all handmade and simple. Their hair appeared to have been cut with a chainsaw and their beards were scraggly and long. Their weapons were what made her mind really start to spin though.

One held a crossbow that dated from the thirteenth century. Another had a Mackintosh dirk that resembled one she’d seen in a museum once. Declan had a simple calfskin sporran tied to his belt.
Odd. Could she have wandered into some renaissance faire? But no. It had been evening when she stepped into the woods and now it was daytime. Early afternoon. And the acres of woods around the house belonged to the family. It couldn’t be—

“So.” She flinched as a deep, melodious voice wafted to her on a hint of humor. Shivers danced through her, along with a prickling sense of premonition. “You’ve captured a Cameron spy?”
She turned slowly and froze as her gaze landed on him. On that so-familiar face. Broad, handsome, savage. Much more captivating than the sketch had been. Much more captivating by far.

She must be hallucinating. She had to be.

He was the hero of her dreams come to life.

Large, looming and in the flesh.

Her head went woozy. Her vision blurred. And then, for the first time in her life, she fainted.

If you love hot highlanders, be sure to read Sabrina York’s Untamed Highlanders from St. Martin’s Press! 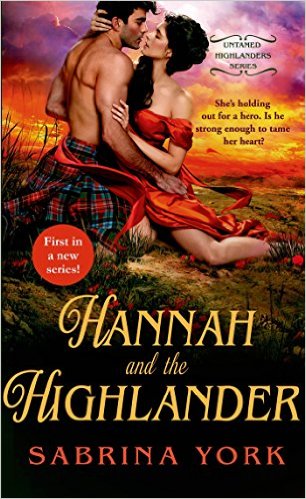 Hannah and the Highlander 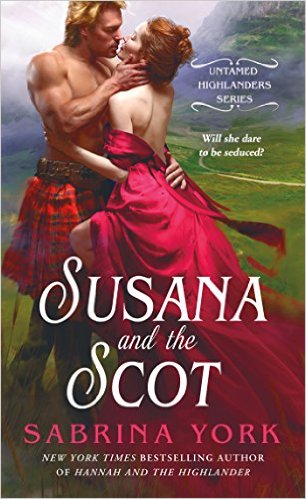 Susana and the Scot

NEW RELEASE: RUB ME THE RIGHT WAY by Xavier Neal

MAY MELT YOUR KINDLE!

Klous promises to take good care of you....if you let him. 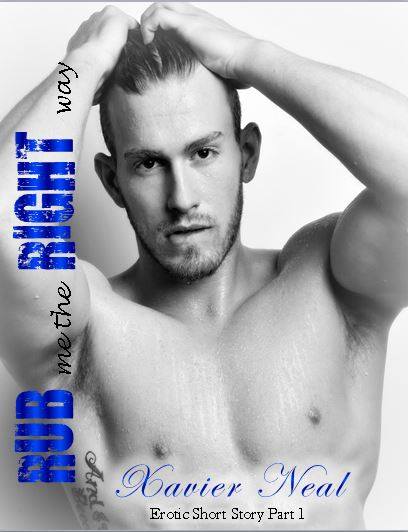 Here's what it's about: 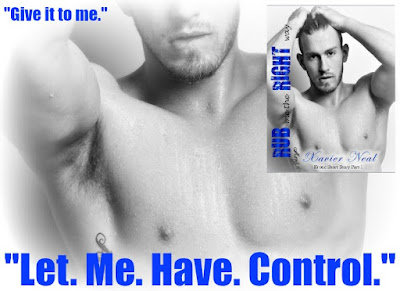 Posted by Dana Delamar at 5:00 AM No comments:

URGENT ALERT FOR WRITERS: If you own your domain name, your private info could be exposed!

An important privacy/security issue was brought to my attention by writer Vivian Cameron. If you own your own domain name, your legal name and home address could soon be exposed to everyone! This is a huge personal safety issue.

Here's what Vivian has to say (if you're not sure what ICANN or WHOIS is, see the definitions at the end):

I spend a lot if time in the cycbersecurity arena for my day-job and have seen some truly wicked crap. So, it would be wrong to not inform every one of my peeps who uses the Internet about the invasion of privacy bull**** ICANN is trying to pull:

http://www.techworm.net/2015/06/exposing-the-whois-data-by-icann-can-place-users-privacy-in-jeopardy.html
There are many ways this can impact authors. if you registered your author domain as commercial/for your business, this is a huge. Under new guidelines proposed by MarkMonitor, domain holders with sites associated to "commercial activity" will no longer be able to protect their private information with WHOIS protection services. Your privacy provider could be forced to publish your contact data in WHOIS or give it out to anyone who complains about your website, without due process. That means without a court order. Nada. Nuttin’, honey.
In my circumstance, this amounts to a personal safety issue as it might with others. Imagine how exposed I would be if my personal information were entered here:

Creeped out yet? Now, try your domain here: http://whois.icann.org/en
I’m screaming via http://respectourprivacy.com and calling ICANN as well (Is it any surprise their phone now seems to be off the hook?). The close date for comments is July 7, 2015.
If anyone would like further info, please contact me.

WHOIS =  stores the registered users or assignees of an Internet resource, such as a domain name, an IP address block, or an autonomous system.  When registering a domain, one can choose to have a private registration.  Now, imagine how exposed each of us would be if ICANN eliminated private registration.
Posted by Dana Delamar at 9:47 PM 2 comments: