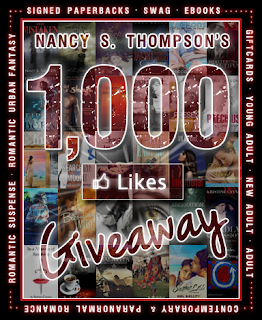 Nancy S. Thompson, author of The Mistaken, has a 1000 Likes Giveaway happening now! There are 34 prizes in all, including 31 ebooks, 5 signed paperbacks & swag, plus a $10 Amazon or B&N gift card & a $5 Amazon gift card!

You could win one of two ebook copies of my book, Malavita!
Posted by Dana Delamar at 1:13 AM No comments:

Hi everyone! I'm very pleased to announce that Malavita (Blood and Honor Prequel) is FREE on Amazon August 26th - 28th! Download your copy now and tell your friends! 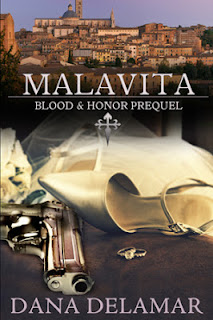 "I just love Dana's writing, the plot is very well thought out, fast paced and full of action, and as I've said before with her work, every word is relevant. The story has everything, romance, revenge, 'blood', 'honor', suspense, action, you name it this book covers it. Dana Delamar is definitely an author to watch." - Lindsay and Jane's Views and Reviews blog

"...once I got started with Malavita, I could not, would not put it down. The storyline is captivating from the beginning.... Not only do you have a fantastic love story, but the Mob is involved...I felt dirty (in a good way) just reading it. Written expertly. Exciting, fun, action, suspense, love, honor, loyalty....just fantastic!!" - Liz Cabrejos, Amazon reader

A son determined to avenge his family. A daughter desperate for peace.
Two fathers intent on destruction...


Enrico Lucchesi never wanted anything to do with the Mafia. But when his brothers were murdered, he accepted that he would someday be the next don. However, he doesn't accept that he must marry the daughter of the man who killed them. Enrico will never trust an Andretti, never mind love one. The Andrettis are up to something with their so-called "truce"--and Enrico must avenge his siblings. But will his dark secret spell the end of his vengeance--and possibly the Lucchesis?


After Antonella Andretti's father tries to destroy the Lucchesis, she persuades him that an alliance--achieved by her marriage to Enrico, the "golden boy" she's loved from afar--would be in everyone's best interests. As her wedding day approaches, people close to her father start dying, and her fiancé's behavior is suspect. When she learns Enrico's true feelings about her--and what her father's actual plans are--will Antonella damn their families to eternal war, or will she broker a peace that might destroy her heart? 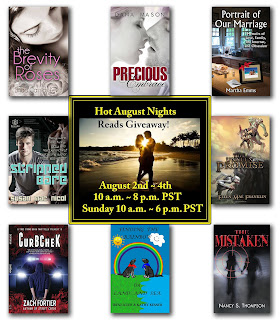 Summer, beach, a great book. What could be better? We are over 40 authors who are giving away a ton of great ebooks and prizes. Keep reading to find out what they are!

Have you joined our event on FaceBook yet? Please take a moment to do so and invite your friends. We are using the event page to highlight the books that are being given away on our blogs. We're also having some games you can play to earn additional entries in the giveaways. Come on over so you don't miss out on anything!


Book Prizes
We have almost 50 ebooks to give to our readers! You can win one of these eight wonderful ebooks, right here on my blog. 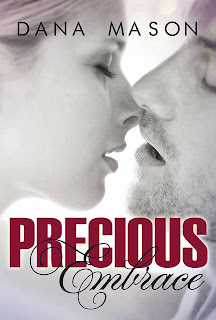 A second divorce and a new baby wasn’t the vision Alison Hayes had for her future. Now a single mother with two young boys, she wants to focus on her kids and what’s left of her stagnant career.
When Detective Johnny Rhay Bennett breezes into her life with his country-boy accent, she wants to run. She doesn’t need another man in her life, or another reason to make people talk. But when her worst nightmare becomes a reality, Johnny is the only person who can pull Ali out of her despair, forcing her to stay strong and not give up hope of finding her missing child.

Who falls in love after a one-night stand? Johnny Rhay doesn’t believe it’s possible until it happens to him. With Nashville in his rear-view mirror, he’s determined to convince Alison she loves him too, even if it means moving to the West Coast.

Ali’s not easy, and she’s living on just this side of bitter after her divorce, but Johnny doesn’t care. He’s up for the challenge. At least, he believes he’s up for it until baby Micah is stolen right out from under his nose. Now Johnny has to keep it together and get that sweet little boy home safe before his dreams of having a family vanish too. 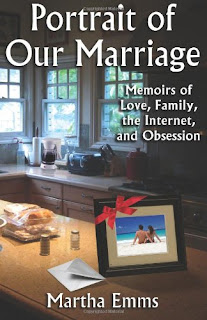 PORTRAIT OF OUR MARRIAGE by Martha Emms

Memoirs of Love, Family, the Internet, and Obsession ~

Nicky's life had changed incredibly since she met Brett. Handsome, athletic, sexy, and simply amazing, he was the man of her dreams. After a whirlwind romance, adventures, and an incredible wedding, Nicky's life was finally on her own terms. She had overcome the harsh strictness of an oppressive upbringing and was on the road to truly knowing herself. Passion, sex, fun, love, marriage, and family, life was good UNTIL Brett's casual interest in pornography becomes an obsession that affects their life.

How does a woman deal with this issue? Is it her fault? What will people say? Who can she talk to? What should she do? What would you do?

Portrait of Our Marriage is a fictional memoir that was inspired by an episode from The Oprah Winfrey Show, dreams, research, and very personal information shared by 8 women who were living with and facing this issue.

A roller coaster ride of emotions. A blatantly realistic read of what goes on behind closed doors. 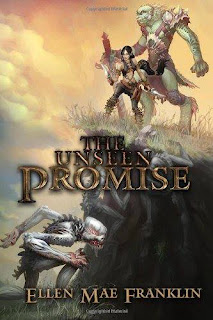 The Unseen Promise marks the struggle between god and man, magic and infinite evil. Wild Magic floods a world on the brink of chaos. Even on a good day, life on Tarkennia can be tenuous. 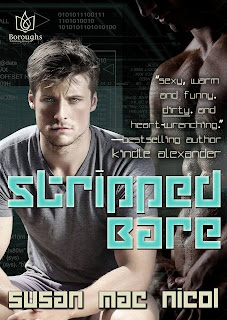 Matthew Langer hadn't been looking for a relationship. In fact, he'd been avoiding it altogether. But when he meets the sexy escort and master hacker Shane Templar, his personal firewall is breached beyond repair.

One reviewer said ‘Bloody hell that was one sexy raunchy read and I loved every moment between
Shane and Matthew, good and bad, and I have fallen in love with them both.’ 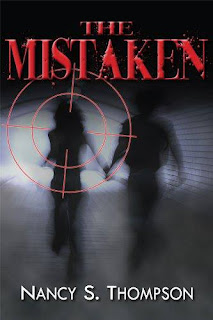 THE MISTAKEN by Nancy S Thompson

Tyler Karras wants only two things: to avenge his wife’s death and free his brother from the Russian Mafia. When one provides means for the other, he jumps on the opportunity, pledging the woman who destroyed his family as payment for his brother’s debt. But when Ty mistakenly targets the wrong woman, he’s forced to protect them all from the very enemy’s he’s unleashed, because with the Russian Mafia, even two out of three makes for very long odds. 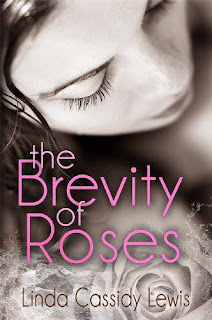 THE BREVITY OF ROSES by Linda Cassidy Lewis

Jalal Vaziri has looks, money, women—and a habit of running from reality. When he abandons Wall Street and reinvents himself as a poet in a California beach house, he’s convinced he’s only running from a father who hates him, a career mistake, and endless partying. A fresh start is all he needs. Then Meredith, an intriguing older woman enters his life, and he believes all his dreams are coming true. But too soon those dreams dissolve into nightmare. Jalal flees again. He’s nearing the point of no return when the young and feisty Renee blocks his retreat and challenges him to finally face the truth about what he’s trying to outrun.

In The Brevity of Roses, a contemporary tale of love, loss, and redemption, a desperate man discovers his salvation lies in an unlikely source. 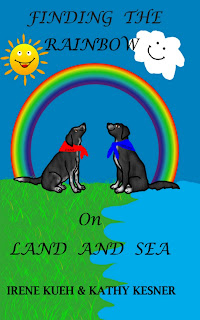 FINDING THE RAINBOW OVER LAND AND SEA by Irene Kueh 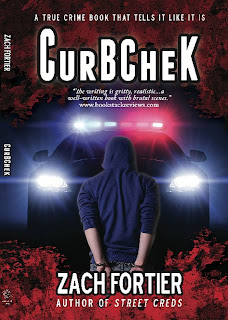 Curbchek is the story of a damaged cop, Zach Fortier. Fortier worked in the police department for the city where he grew up. One foot in the world of the cops, courts and legal system. The other in the world of gangs, drugs, thugs and street violence. Where the laws and rules are made by the strongest, the schemers and most brutal. Read about the transformation of Fortier from a green rookie to a damaged paranoid veteran seeing danger in every situation. Follow along as he walks this tightrope. Trying to make difference, breaking the laws he promised to enforce. This is a story of law and order uncensored.

Here's how it works: There are six of us who are featuring the giveaway books on our blogs. The books will be won individually so your chances of winning are very high. Be sure to go to all six blogs to maximize your odds.

To enter: Fill out the Rafflecopter below. The more actions you do, the more entries you get!

Grand Prize
Now for the grand prize. We are also giving away a $150 Amazon gift card! 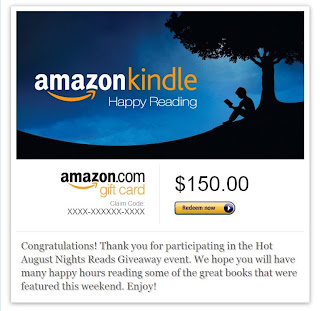 To enter: Fill out the Rafflecopter below. Complete as many of the actions as you can to increase your odds of winning!

What Now?
For more great ebooks to win, please return to the Hot August Nights Reads Giveaway Event page. We'll be highlighting more ebooks and the blogs where you can go to win them.

Thanks for joining us!
Dana
Posted by Dana Delamar at 12:00 AM 37 comments: