Writing When Your Whole World Is Falling Apart 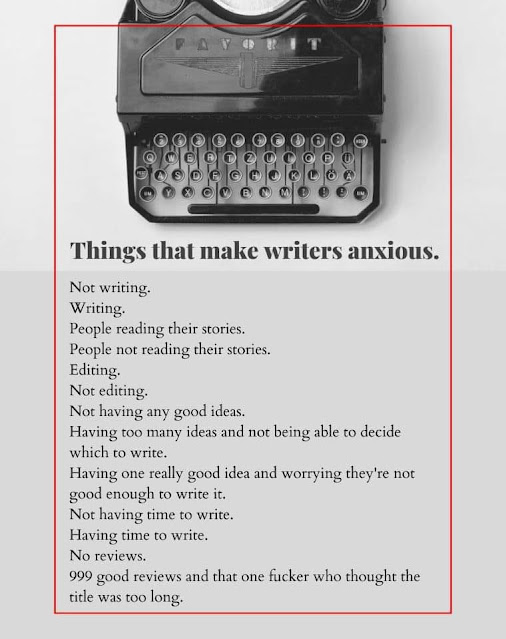 This meme really spoke to me when I saw it. Especially that first line: "Not writing." Readers have been asking (and asking) me when my next book is coming out. And they've been asking for YEARS now.
I haven't published a book since November 10, 2018, nearly two years ago. When I think hard about that, I'm appalled. And sad. And I feel like a failure. What happened to me?
Most importantly, what happened to my writing mojo? 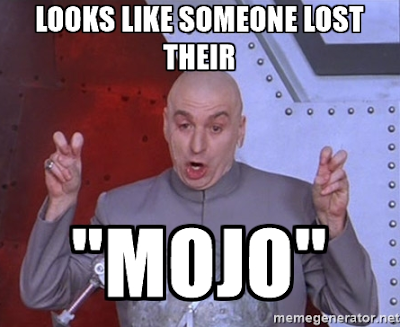 Well, a lot of things happened. My husband's bad back, caused by the car accident that nearly killed him when he was in his late 20s, graduated to a whole new level of horrible in 2018, and he was suddenly no longer able to work. His job provided our health insurance, and the majority of our income.
I spent much of 2018 scrambling to make my writing and editing income cover the gap. I put out three books that year -- my most productive year ever (mind you, the books were co-authored) -- and I took as much editing, formatting, and publishing work as I could squeeze in.
I worked myself into the ground.
It was my most successful year ever, but it didn't fill the gap in our finances. On top of that, my mom's health was on the decline, and I was her primary caregiver. By the end of 2018, I was burnt out in the worst way, and it was clear I couldn't go on the way I had been.
The flashing neon sign was clear -- it was time for me to (gulp) go back to working in the software industry. I took a part-time job in early 2019, thinking that I could balance that job with my writing and freelance editing. That plan sort of worked, but the high price of our health insurance made it not financially feasible for the long haul.
So I made the even tougher decision to look for full-time work. To my immense relief, I landed a great job in July, but it was going to mean a lot of hard work and long hours to ramp up technically. My mom's health was rapidly getting worse, and my husband was depressed. But still, I figured I could manage. I hadn't written a word all year, but I went to my local writers' conference in October 2019, and after the conference, I was all fired up. I didn't have a lot of time during the workweek, but I could squeeze in some writing time each weekend. I was determined - this time next year, I'd have at least one book out, if not two. 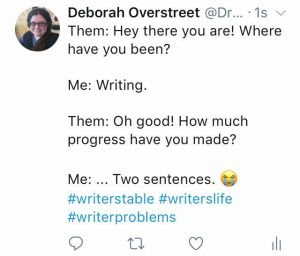 Five days after that conference, my mom died. I'd taken my dad's death really hard, but losing my mom was a whole other level of grief. It took me months and months to climb out of that hole. By the time I did, it was late February 2020. I was finally ready to start writing again.
On March 7, 2020, I started my next book during a writing retreat organized by my local writers group. At the time, we were still hearing that COVID-19 was only a "bad flu" and we just needed to be careful about washing our hands frequently. Four days later was the last day I went into the office. My employer told us all to work from home for at least the next three months. On March 23, our governor formally locked the state down.
And we all know what happened next... the escalating death toll from the virus, the death of George Floyd, half the world on fire (literally and metaphorically), and a host of other calamities large and small. Pile on the most contentious (and important) election season most of us will see in our lifetimes... and yeah. To say this year has been a shitshow is an understatement. 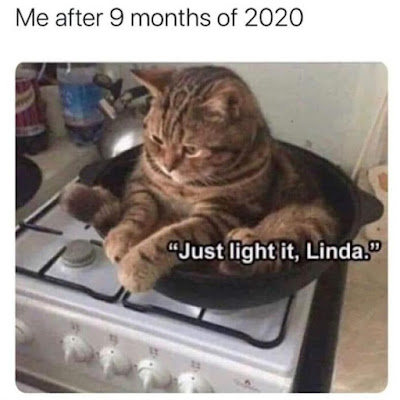 But still I hung in there. Surely 2020 was done with the shenanigans? In July and August, I finally got back to writing that book I'd started back in March. Sure, we were still in a pandemic, but I was adjusting to it. I was ready to do this writing thing!!! 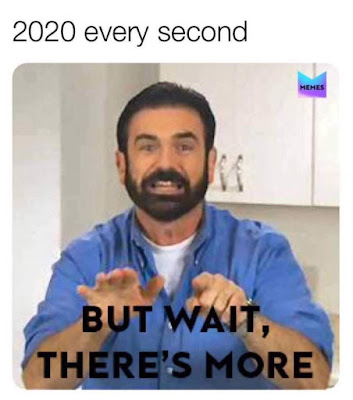 In mid-September, I got the phone call no one wants to get: My younger sister was dead. She was just a few months past her 51st birthday. Her heart had stopped while she was asleep.
If I thought losing my mom was bad, losing a sister was even worse. I'd expected to have her in my life for decades yet. I hadn't seen her in person since late January because of the pandemic. And now she was gone, and I'd never see her again. 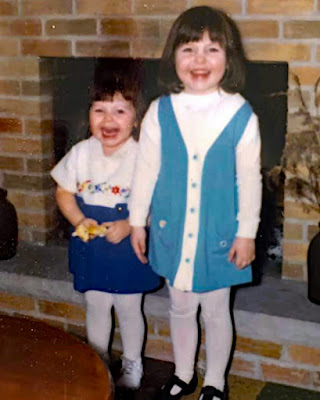 She'd been my first cheerleader when I started seriously writing back in 2007. She read the initial draft of the first novel I ever finished (which remains in a drawer to this day), and she gave me honest and supportive feedback that helped me improved and keep going. She beta-read all the books I published in my mafia series.
My sister and my mom were both avid readers, and we constantly traded books and reading recommendations. I have so many fond memories of us taking stacks of books back to the library and coming home with even bigger stacks of books.
Again and again, I catch myself thinking of something I want to tell them -- a new book, a new TV show, some silly meme I know they'd appreciate -- and I can't.
I'm used to being someone who's all "go, go, go!" but right now? I'm a big ball of meh. I feel like I'm slogging through mud every day. Every time someone at work asks me how I am, I start crying. I've gained back 20 of the 80 pounds I'd lost between 2017 and 2019.
I recently saw the following "Your brain on trauma" ad on Facebook and it definitely spoke to me. I could say yes to nearly all of these: "Negative & pessimistic" - check. "Addictive" - check. "Self-sabotaging" - check. "Scattered and distracted" - check. "Demotivated & drained of energy" - double-check! "Self-critical" - oh yeah. "Emotionally cut off" - yeppers. 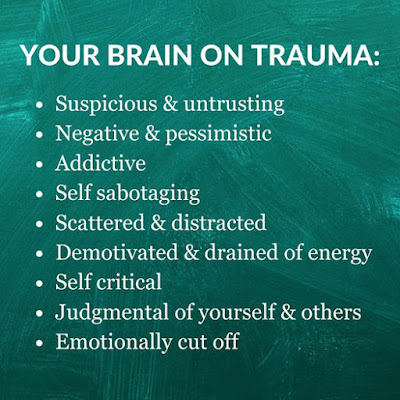 So here I am, October 2020. My writers' conference is happening again next week. Virtually, this year, so it won't be the same. But I'm still hoping it'll help me get my writing mojo back.
Realistically, it's probably going to be a few months before I'm ready to start putting pen to paper again (yes, I do it old school -- I've written all of my novels in notebooks), but I'm hoping by this time next year that I'll have at least one book out.
So if you've been patiently (or not so patiently) been waiting for me to get my butt in gear, this is why it hasn't happened yet. But it will, someday. I know it in my bones.
Here's hoping for a much better 2021 for all of us. 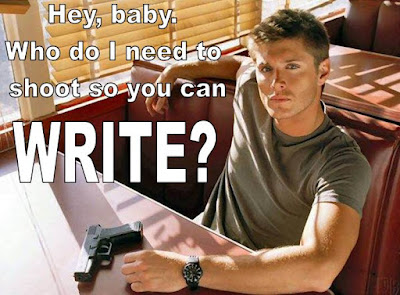 Posted by Dana Delamar at 6:27 PM No comments: